When I received my first raspberry, I understood it would have been very funny to play with real world things: so i tried to make the PI react with environment, and I played a lot with speech recognition, various kind of sensors and so on. But then I suddenly realized that the real funny thing would have been to make it see. I also understood that real-time processing a webcam input would be a tough task for a device with those tiny resources.

Now i discovered that this is a tough task, but the raspberry can achieve it, as long as we keep things simple.

As soon as I started playing with webcams, I decided to look for existing libraries to parse the webcam input and to extract some information from it. I soon came across the OpenCV libraries, beautiful libraries to process images from the webcam with a lot of features (which I didn’t fully explore yet), such as face detection.

I started trying to understand if it was possible to make them work on the PI, and yes, someone had already done that, with python too, and it was as easy as a

After some tries, i found out that the pi was slow in processing the frames to detect faces, but only because it buffered the frames and I soon had a workaround for that.. and soon I was done: face detection on raspberry PI!

All you need to try face detection on your own is the python-opencv package and the pattern xml file haarcascade_frontalface_alt.xml, i guess you can find it easily in the Internet.

I started with a script found here and then I modified it for my purposes.

Eventually, I decided to build with my PI a motor driven webcam which could “follow” a face detected by opencv in the webcam stream. I disassembled a lot of things before finding a suitable motor but then I managed to connect it to the Raspberry GPIO (I had to play a little with electronics here, because i didn’t have a servo motor — if you need some information about this part, i’ll be happy to provide it, but i’m not so good with electronics thus the only thing I can say is that it works). Here’s a picture of the circuit: 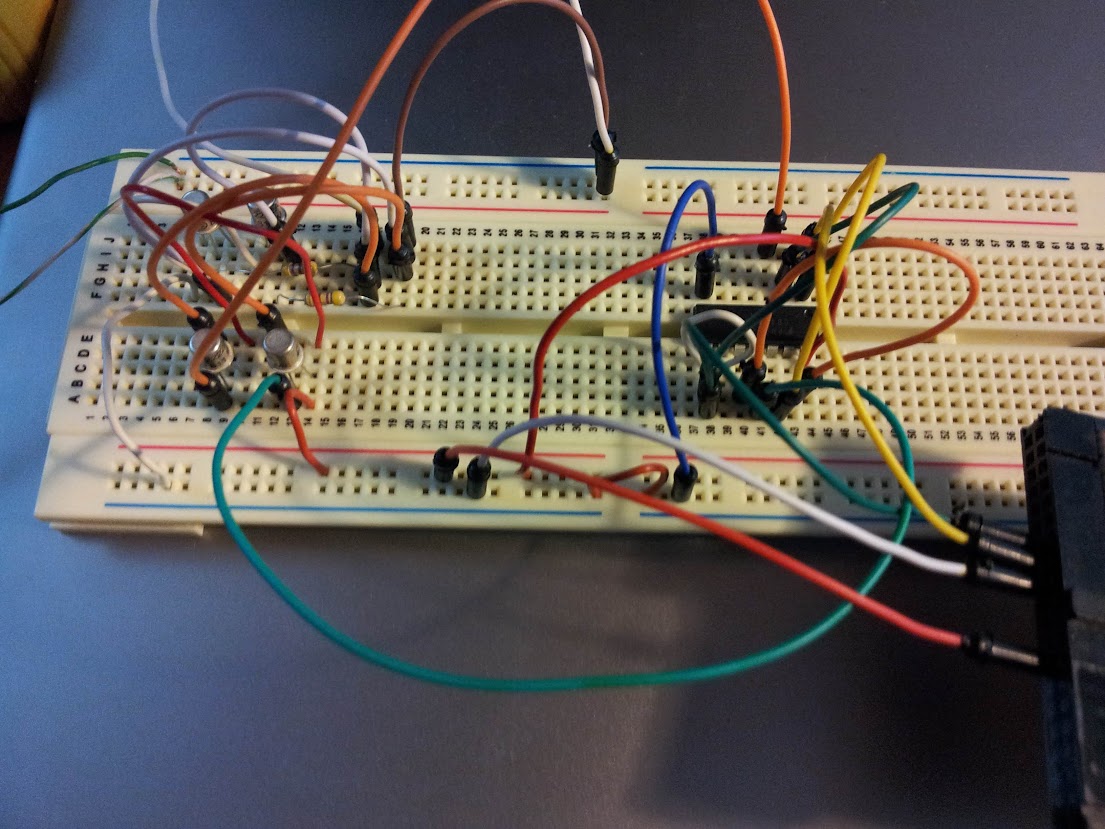 And here are some photos of the motor, to which I mounted an additional gear wheel. 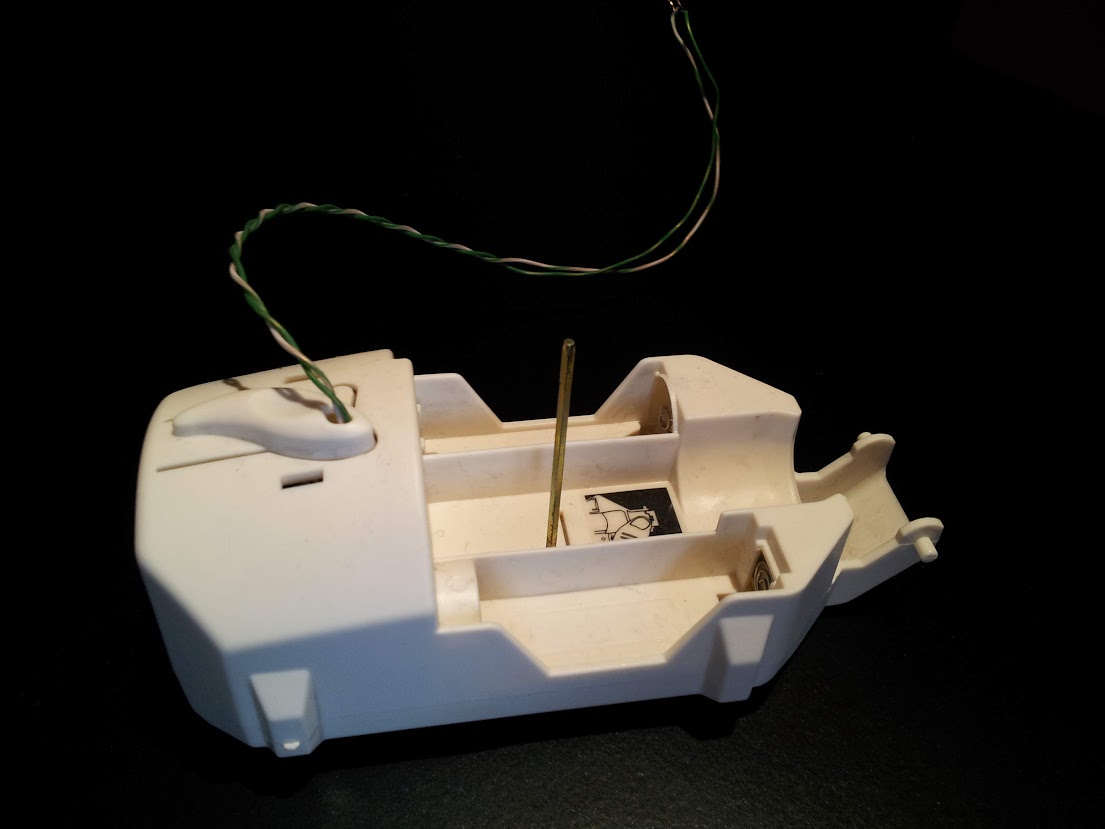 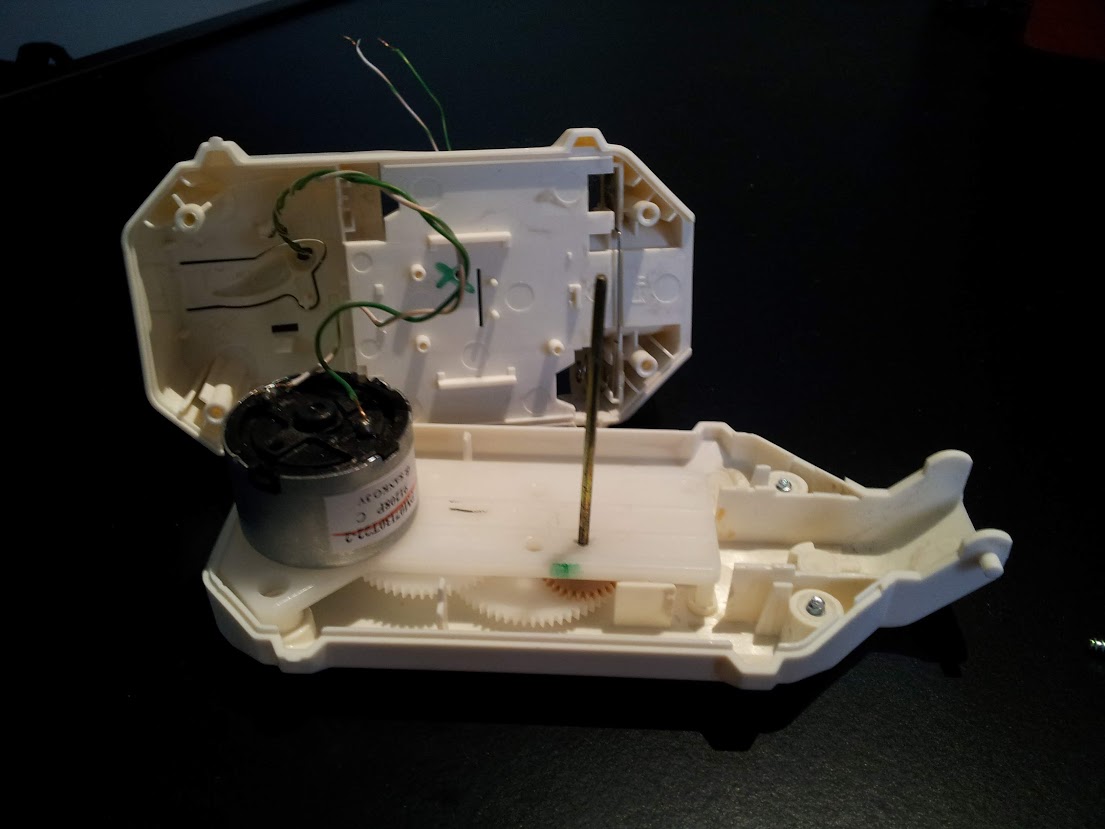 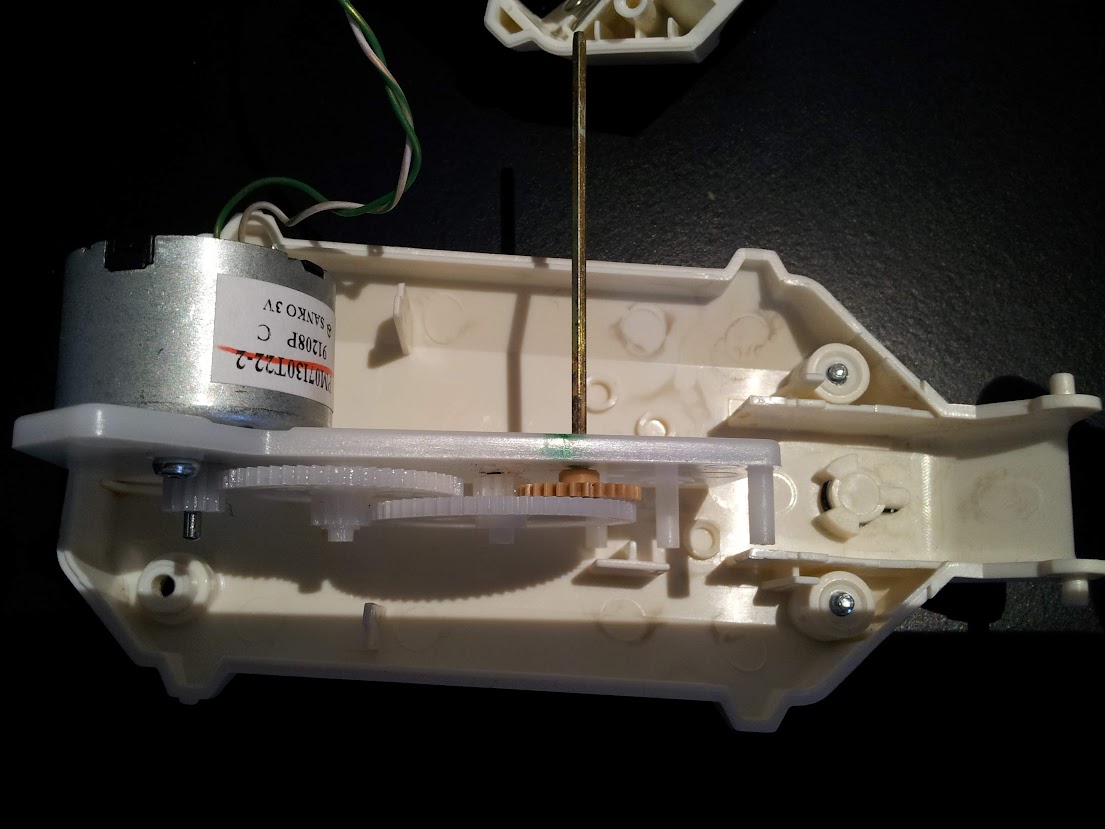 Once the motor worked, I attached it to a webcam which i plugged into the PI, and then I joined the previous linked script with some GPIO scripting to achieve the goal, here is the result:

Of course I had to play with timing to make the webcam turn well, and the timings like everything strictly connected to the motor depends on your specific motor and/or circuit.

Here’s the video (in italian):

I’m writing to present my new Raspberry PI powered project, a simple motor controlled directly from the Raspberry’s GPIO. I’m very excited to think about the raspberry actually moving things.
My initial idea was building a webcam which could rotate to follow a face or an object, but i believe the Raspberry PI’s CPU is too limited for this purpose. Anyway i decided to try to make a webcam turning system which still is pretty cool.

To do that I disassembled an old cd player, and used the laser moving motor system and some other recovered pieces to make it turn the webcam.
The following video (in italian) shows how it worked (not really well but hey, it does turn the webcam!).

The interesting thing in this project is that this kind of motors (from an old cd player) are capable of turning a webcam (which had been reduced in weight as much as i could) being powered only by the GPIO port. Not the 3V or 5V pins, which provide pretty much current, but the very GPIO pins of the board.

At this stage it is of course completely unusable, but like almost every project i’ve made so far, it just wants to be a proof of concept.

This is my last Raspberry PI project. It’s a simple alarm driven by a home-made door sensor which plays an alarm sound and sends me a message via twitter.

The video is in italian.

Here’s the python code which uses the tweepy library:

In order to use this code you have to create an application on twitter, and then fill the variables (oauth_token, oauth_token_secret, consumer_key, consumer_secret) with the relative value you can find in the site after creating the app.

UPDATE: This method works but the embedded video expires after about a month, and the code must be updated. It might be possible to try to modify the embedded code to make it expire later, but I didn’t test it.

With the introduction of Google+ instant upload, many people started automatically backing up their photos and videos in Google Plus (and many started actively using G+ for this reason).

This is of course great, but there’s also a limitation: you can share the uploaded photos/videos only in Google Plus. I think it works this way to increase the popularity of the social network but that’s not very comfortable, expecially when you have ~300Mb videos already uploaded but you can’t even move them to Youtube, to share and embed them where you do prefer (eg. facebook, twitter, personal website).

I searched the Internet a lot before understanding that probably Google doesn’t want you to share Google Plus videos outside its social network, and i decided to “manually” find a way.
After a little trying i found out how to to embed Google+ videos in your personal website. I found that you can easily extract the html code to embed the video directly from G+:

The steps are few and pretty easy (i assume you use Chrome/Chromium browser because it is very comfortable for inspecting the DOM, but it can certainly be done in Firefox too):

Now you can (if needed) modify some parameter you find in the code, i recommend to change the
autoplay=1
to prevent the video from autostarting when the page loads.

This is not a official way to share Google Plus videos, of course, so this method may not work in the future, or the videos may someday disappear. But so far, it has worked for me.

This is one of my first Raspberry PI projects, and consists of a Raspberry connected to a microphone which detects an hand clap and then controls via GPIO a relay that powers the lamp.

The code used for the detecting the clap (which is not perfect, because it analyzes only the volume of the microphone) is this:
[actually this is not the same code used in the video above, it has been improved, in fact the delay between the two claps is reduced in this script]

ATTENTION: UGLY CODE FOLLOWS.
The code has been written only to provide a proof-of-concept project, and it’s written joining various pieces of code found in the Internet, so don’t expect this code to be bug free or well written. It is not.
You should use it to understand the way it works and to write something better or to adapt it to your own project.

The code was found on the Internet and then adapted for my purposes. It uses a standard USB microphone, and should work with most of the linux-compatible USB mics (I think even webcam integrated mics).

I just modified a normal webcam to work with infrared light, following these instructions: http://www.hoagieshouse.com/IR/

Then i created a IR lamp using an incandescent light bulb (which provides almost all frequencies of light) which i filtered with some old photos negatives, which are a quite good IR-pass filter.

The video is in italian.