QuiXXX, an app for android and windows phone me and a friend developed some time ago, was actually (and unbelievably) doing well. It has been receiving ~ 5 to 10 thousands visits per month, which was about 5-10k times more than we expected when we first developed it as a joke.

Anyway, recently there has been a peek in traffic (looks like mexican windows phone users liked the app) and we first noticed the problem: we are exceeding the maximum CPU load of our free hosting service (frogcp.com): 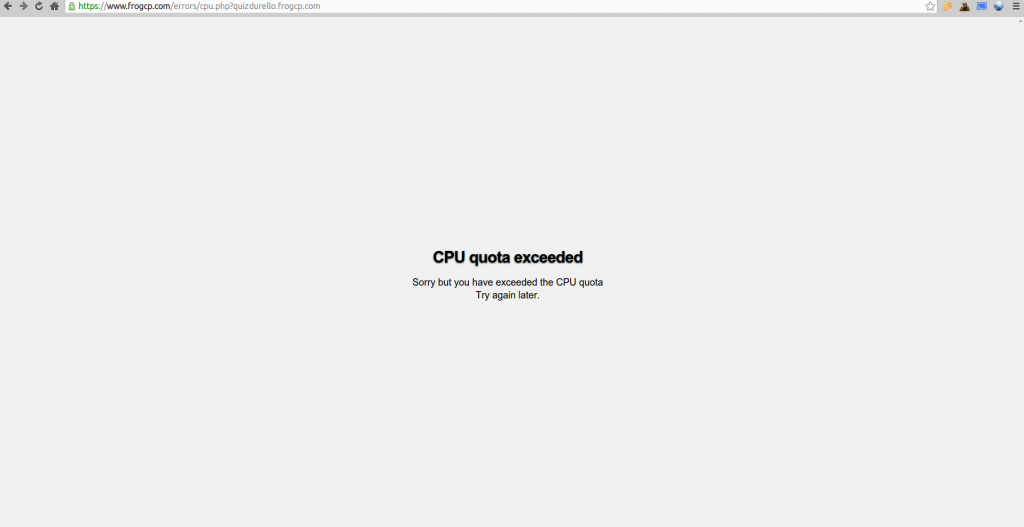 So I registered another free account on altervista.org and uploded the app there, then also mirrored the app on my domain www.nicassio.it, and wrote a very primitive load balancing redirect in php to be hosted on the original service frogcp, which redirects to one of the two mirrors with equal probability.

Let’s see if this will sort it out.

Ah, this broke the scoreboard, but this is temporary.

We needed to do this without an actual update of the app, but this is not possibile, at least for android. Any page on a different domain will be opened in the browser, instead of within the app. That’s because we didn’t tell the app to handle redirection that way. Since we are not willing to release an updated version of the app right now, after being ublocked today I reuploaded the app to the original frogcp url making some changes to lower the cpu usage. I hope this will be enough for the near future.