After moving to NY, we immediately felt the need to organize some parties to meet some new people. Thus, why not designing something to make the party room a bit more “interactive” during the party?

Here’s where the party billboard comes handy: it’s a meme wall easily customizable by everyone at the party: 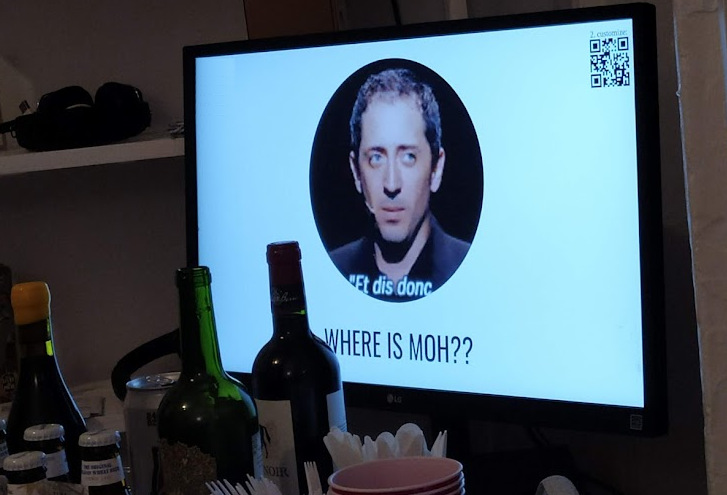 The top right QR code takes to the customization page in which it’s possible to customize the meme, by entering a text and choosing between a set of default images or specifying a custom publicly reachable URL to an image or GIF.

It was a cool experiment and it was fun to play with at the last party. Can’t wait for the next one!

A live version (with the limitation of 1000 simultaneous parties) is available here.